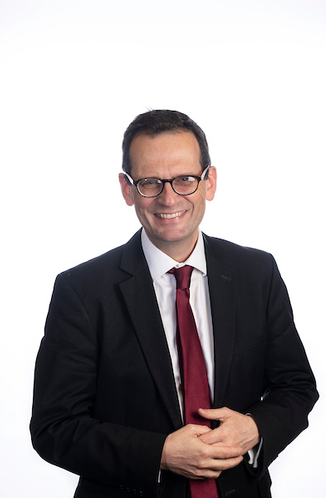 Brought up on the North Yorkshire coast Paul Stubbings was educated at Chetham’s and Manchester University, studying organ with Francis Jackson at York Minster and Gordon Stewart. Countess of Munster and Dutch Government awards enabled him to pursue advanced organ studies with Bach Scholar Jacques van Oortmerssen at the Amsterdam Conservatorium.

He recently returned to academic study, as a part-time Doctoral Researcher at Canterbury Christ Church University, with a focus on Restoration keyboard music and the organ music of Christopher Gibbons, his sometime predecessor in London.

Paul Stubbings' career was launched at the Royal Parish Church of St Martin-in-the-Fields where as Organist & Master of the Music he presided over one of the most vibrant choral and concert programmes in the country.

He gained an international profile as a recitalist, playing in cathedrals and concert halls throughout Europe, and in Australia. 2012 saw the performance of the complete organ music of J S Bach. More recently, two tours in Russia, two in the US and three in Canada have won him critical acclaim.

Paul Stubbings is Director of Music at the prestigious St Mary’s Music School in Edinburgh, one of the UK’s five Specialist Music Schools and Choir School to St Mary’s Cathedral.